Note: This video streams on an HTML5 player. It runs on Chrome, Firefox, Opera, Safari or Internet Explorer 9 or higher. It is also optimized for iOS devices, including iPad, iPod, and iPhone.

Nine Men's Morris is a strategy board game for two players dating back to the Roman Empire. The game is also called Mill or Windmill. The board consists of a grid of 3 squares one inside the other, with lines connecting the 24 intersections on which pieces can be placed. Move your men to create a mill. Place all of your pieces, or men, on the board and move them to form a line of three pieces (this is called a mill). Once you form a mill, you can remove one of your opponent's men. Break a mill to unlock the mills again. Pieces from a formed mill can't be removed unless no other men are available. The aim of the game is to leave your opponent with either two pieces or no remaining moves. 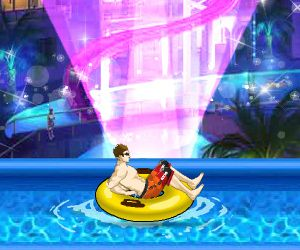 Are you looking for unblocked games? PrimaryGames is the fun place to learn and play! Play cool games, math games, reading games, girl games, puzzles, sports games, print coloring pages, read online storybooks, and hang out with friends while playing one of the many virtual worlds found on PrimaryGames. All games are free to play and new content is added every week. We work hard to bring you best gaming content on the web! Each game is reviewed to ensure that is is safe for all ages. With over 1,000 flash game titles and growing we have the largest collection of cool games online. Whether you like Adventure or Racing, Classic Arcade or Action, Strategy Puzzles or Dress Up games, we have something for you!

Calling all Teachers! Visit our Curriculum Guide to find games and activities to meet your classroom's curriculum needs for Math, Science, Language Arts, and Social Studies. This quick guide contains content descriptions and grade level suggestions for all of the educational activities on PrimaryGames.